Resurrection Games is a series of meetings taking place over the course of 30 years, first initiated in 2020, ending in 2050. Through investigating the concert and theatre space as a place of continuous playing, mourning, celebration and carework, the third instalment of Resurrection Games invites four performers to inhabit the time of after the Tenebrae, the time after the great darkness. In the shape of exercises and arias, improvisations and medleys, the pianist Joseph Havlat, violinist Mayah Kadish, improvising trombonist Alex Paxton and violinist Sara Cubarsi resurrect personal and collective narratives, memories, dream diaries and yet to be born fabulations of song and collective play, in an attempt to discuss, cultivate, invent, dismiss and re-imagine an art of ‘living with brokenness’ (Delphine Horvilleur) or in Donna Haraways words, to fabulate from of ‘living and dying well on a damaged planet‘. Resurrection Games Vol. III is at what is left behind, after a pile of 1700 years of carnage, discontinuities, survival, displacement, mourning, celebration and memory theatre (Gedächtnisthater). Taking inspiration from writings by Delphine Horvilleur, Alan Ginsberg, Octavia Butler and Donna Haraway on the subjects of mourning, ancient and modern-day antisemitism, SF practices (such as science fiction, science fact, string figures, speculative feminism) and ‘jewish forms of responding to crisis’ (Horvilleur), the score written and assembled by composer and theatre maker Elischa Kaminer with and for the performers Joseph Havlat, Mayah Kadish and Alex Paxton, trace the intimately entangled relationships of collective and personal narratives of trauma and resurgence, fantasies of resurrection and dreams of continuities of that, which is destroyed beyond repair.

Ensemble x.y is a London based group of performers, composers and curators specializing in new music and contemporary performance practice. Dedicated to the creation and performance of new works in intersecting fields such as music, performance art, art activism, sound art, radio art and art/science, we have commissioned and performed over 100 new works by UK and International composers since our founding in late 2014. Our most recent performances include appearances at the Waterloo Music festivals, City University, St John’s Smith Square and St. Martin-in-the-Field. Winner of the 2015 Nonclassical Battle of the Bands, Ensemble x.y were finalists of the Nachtklang Competition of the Musikfest Erzgebirge presented by and broadcast on Deutschlandradio Kultur. Since 2016 Ensemble x.y holds a residency at Kingston University, as well as having a fortnightly radio show, x.y FM, on Resonance Extra FM. 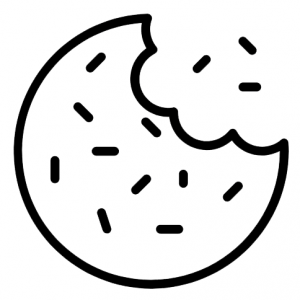